November 12, 2020 / Steph Nargiz / Comments Off on 2020-21 Season Cancellation
FWHL members,
The Board met this past Monday night, and we held the annual Full Board meeting tonight by Zoom. Due to the inability to be able to guarantee our members a safe environment to play during this COVID-19 pandemic, it has been decided that the 2020-21 season will not be held this year. Many variables were discussed at the Board meeting regarding a late start to this season, but after weighing many factors, which included rink non-refunds, deposits, at least 4 weeks in advance payment to the rinks, traveling to hotels, sick players causing teams to forfeit, and skeleton crew numbers of players on our teams, just to name some of them, it was determined too risky. SAHOF is in agreement with the decision.
However, in preparation for the possible season, rink dates were obtained from many of the Florida rinks, some as early as January, and those dates can be provided to anyone who would like to contact the rink(s) and potentially organize something outside of the FWHL organization. Note: after polling the teams regarding their players, almost every team has at least a couple of players who would be interested in playing.
The Board will reconvene in March and discuss possible ideas for a summer jamboree of sorts to, hopefully, jump start the 2021-22 season.
Sincerely, the FWHL Board
Posted in News

Stephanie is on our Board of Directors as the Secretary. She has many duties and one of which is the website! If you ever have any questions, please feel free to contact us. 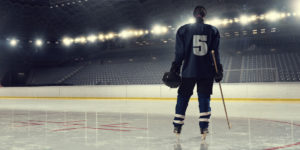